A.J. Hurt, recipient of the Frank App Scholarship through Sierra League and Far West, skis for the Squaw Valley Team and lives in Carnelian Bay, California.

The Far West Athletic Scholarship Program, now in its 13th year as a means of  making a positive contribution to junior racing, has continued to garner more support each year. Since 2004, FWSA has awarded 104 scholarships for a total of well over $100,000.

United States Ski Association licensed junior racers in the U21, U19, and second year U16 classes in states represented by FWSA affiliated councils are eligible for a scholarship. Currently,  junior racers in California, Nevada, Arizona, Oregon, Washington, Idaho, Utah and Wyoming are eligible. Scholarships are awarded on the basis of financial need, competitive accomplishments, academics, and community service.

This year’s recipients are: 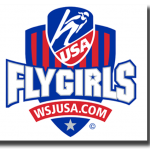