This is a story about a small area in the San Gabriel Mountains of Southern California and the decades of devotion to its survival through every obstacle a ski area could be faced with.  Interwoven in this story is the indomitable spirit and determination of the skiing family – the Hensleys – that sustained Kratka Ridge ski area from 1960 on and support its revival even to this day.

Kratka Ridge is named after the ridge upon which the Angeles Crest Highway commences its route across the San Gabriel Mountains from Altadena to Phelan on the north side of the range.  The ridge is named after a mountain man who lived in the area.  Kratka Ridge is one of two ski areas, the other being historic Mt Waterman, that are roughly 35 miles from the greatest concentration of skiers and outdoor sports people in the USA. Kratka lies at 7500 feet with a vertical of 750 feet with 13 runs on 85 acres. The possibilities were enormous. 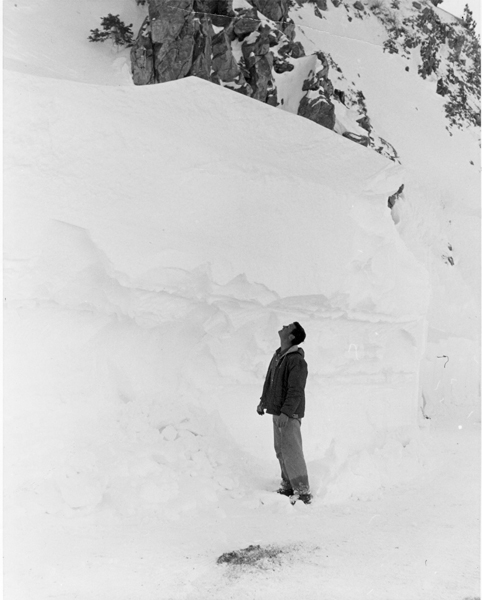 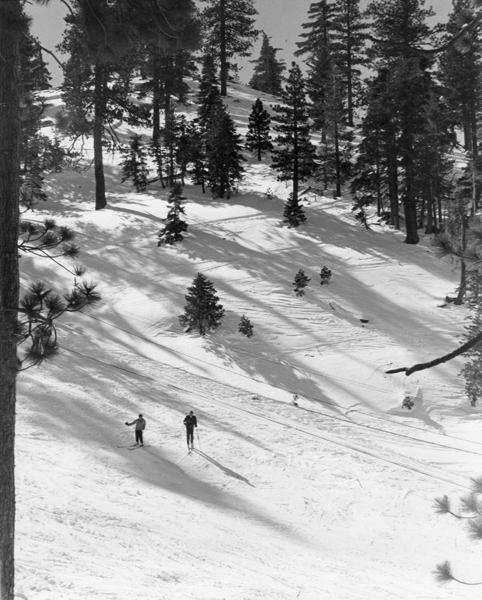 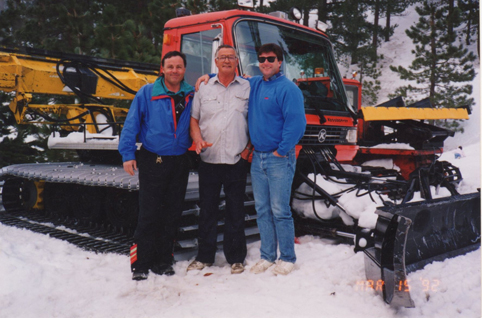 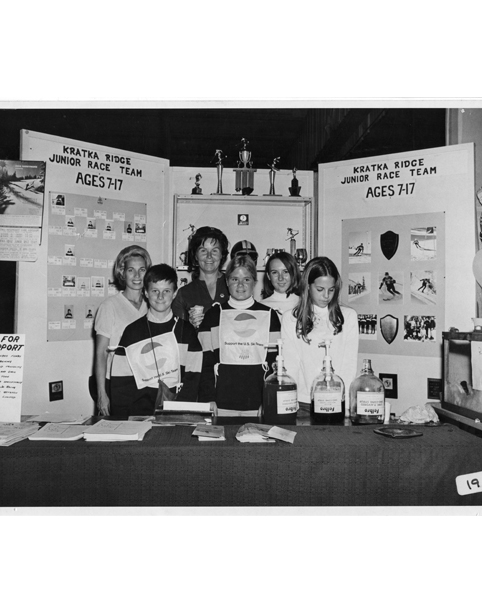 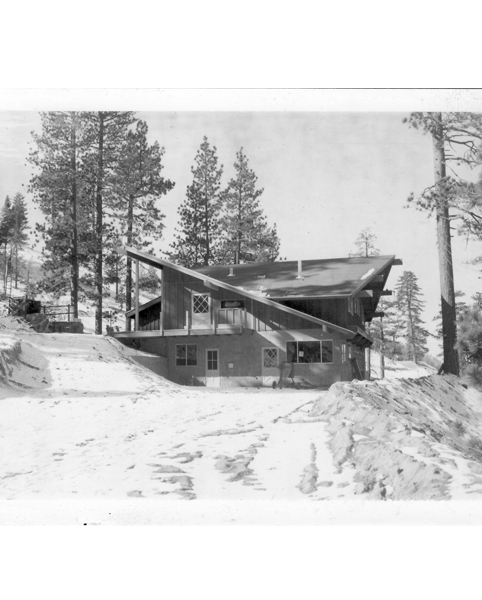 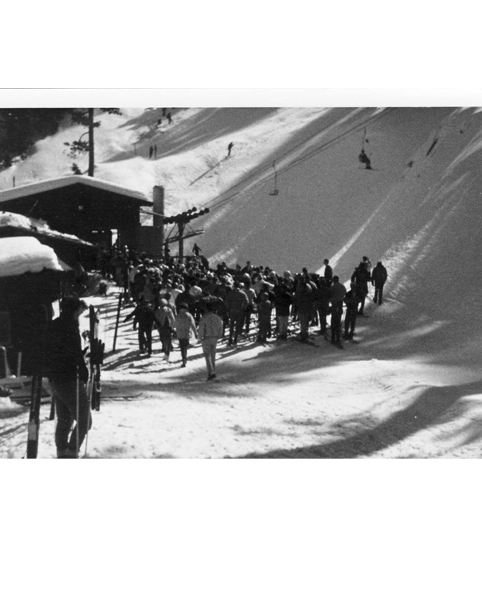 With a USFS permit in 1948, the Kratka Ridge ski area was founded in 1950 by eleven members of the San Gorgonio Ski Club, each of whom donated 700 hours of labor to erect a day lodge and install 4 rope tows. They opened in 1951 and decided in 1953 to install a chairlift, a single chair capable of 600 skiers per hour and one of only three in the USA even today.  The directors decided that they needed a mountain manager and they hired Ed Hensley in 1960.  The Hensleys moved on site into the upper warming hut. The next snow season was so good the owners decided to help Ed build a three bedroom addition adjacent to the chairlift building and above the Tap Room.  Thus began 36 years of direct participation in the ownership or management of Kratka Ridge by the Hensley family.

Kratka Ridge had a great run of success in those early years, with Ed doing the operations work at the lifts, Ray working at night grooming, blasting repairing and replacing equipment  and Mary and children doing food service, ticket sales and whatever else.  By the mid-1970s, Kratka had its unique single chair and 6 rope tows. Times could be good even without snowmaking. Those were the early days when skiers would have to make coffee and cocoa in the morning, prepare dinner for the ski team of up to 50 racers, and then sleep – all 8 – in the day lodge only to do it again the next day. Doug Pfieffer was head of the ski school and he slept over as well.  Nights were spent listening to the accordion of Fred Burri, the yodeler for Disneyland’s Matterhorn ride. These were the idyllic days of skiing at Kratka Ridge.

In addition to being dependent solely on snowfall, in the mid 1980s the Hensleys saw snowmaking as the only solution for the continued operation of the ski area. The years of the 1980s saw no operation in 1982 and 18-25 days in two other years.  In 1988, Ray began working on a snowmaking plan with the USFS, the key portion of which was diversion of water from the local watershed.  It was here that roughly 15 endangered mountain yellow-legged frogs intervened. The USFS decided on an alternative supply: that wells would be the preferred water supply.  This would be at the area’s expense.  The Hensleys sold out but were retained by the new owners to carry out their plan of expansion and improvement. The snowmaking installation at the base was unsatisfactory and was removed. Four of the toughest snow years in the prior twenty occurred in the 1990s. In 2001, the chair was damaged by avalanche and did not operate for months and the lift house burned.  A cycle of disputes with the USFS over permits ensued.  Kratka Ridge closed in 2001.  A series of revival schemes and backers has attempted to bring both Kratka Ridge and Mt. Waterman back to life.  After another threatened shutdown, some work was restarted at Mt Waterman in 2006.  Hope springs eternal.

The Hensley family invested over 30 years trying to make Kratka Ridge work.  Most of those years they were successful, but they had to endure the vagaries of snowfall in Southern California (hard enough without any further difficulties), environmentalist persuasion of the USFS,  wrangling over permits, changes of ownership, avalanche and fire.  It is a measure of skier determination that the Hensleys kept Kratka Ridge alive and flourishing for over 30 years.